Should Dreamers be Anxious in Seeing Animals In Dreams?

Are you one of those people anxious to know what it means when an animal appears in your dream, as it might convey a message important to your goals or project? 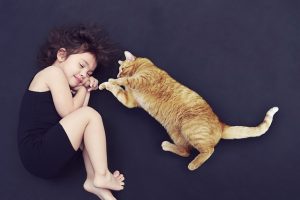 Dream experts explain that animals appearing in one’s dream is often a representation of the dreamer’s physical characteristics. These may be related to that person’s sexual desires or primitive nature; albeit such symbolisms are dependent on the qualities of the animal dreamt of by a person.

Interpretations of Animal Dreams can Be Complex

Actually, most dream interpreters consider animal symbolism in dreams as quite complex. Interpretations can vary according to race, culture or religion.

In Islamic culture, a snake dream pertains to an enemy, usually a contemptible person who wields power gained from wealth and is unjust to woekers, especially women.
In contrast, a snake dream in Chinese culture has a positive connotation. Even if snakes have been linked to deceit, cunning and temptation in Christian biblical stories, snake dreams in Chinese culture has favorable meaning.
A woman who dreams of a snake is currently enjoying a blissful life and is likely to become pregnant. An entrepreneur or career person who dreams of a snake will likely attain business success or be promoted to a higher, more rewarding position.

The meaning of animals appearing in your dream also depends on what the animal is doing in the dream. Fighting with a specific animal is deemed a personal struggle, since the animal is regarded as a symbol referring to the dreamer. Fighting the animal therefore can be taken to mean rejecting an aspect of oneself; or at the very least, trying to repress an uncivilized or primitive nature.
As mentioned earlier, animal dream interpretations can sometimes depend on culture or religion. An Arab or Persian dreamer looking for a more appropriate interpretation can refer to a تفسيرالأحلام or Tafsir al-Ahlam, a compilation of Arabian dream interpretations.

Most Common Animal Dreams and Their Basic Meaning

Since it is widely believed that animals in dreams are actually symbols of one’s animal nature, a common interpretation is that you simply want to assert yourself in the environment in which you move in. Still, without insisting that an animal dream is a representation of your primitive instinct, dreams about common animals also have interesting meanings.
Butterfly – A butterfly denotes a spiritual level since it is symbolic of development, liberation and freedom.
Cats – represent gentleness but with cunning ability, which dream interpreters link to women.
Dogs – Dogs in dreams symbolize a loyal and trustworthy protector or companion who currently or in the past, mattered a lot to you.
Elephants – A person who dreams of an elephant may be experiencing a need for him to apply wisdom and patience in dealing with an important matter. 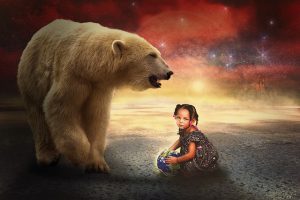 Bears – Bears are complex animals as they can be dangerous. They sometimes feel disoriented in certain situations, especially after coming from a long period of hibernation. If a bear appears in a person’s dream, it could mean being in a state of confusion or having too many reasons for worries.